Both Aggarwal and Bhati believe that Ola Cabs is not only providing customers with reliable and technology-based cab services, but also helping thousands of drivers across the cities of India in becoming entrepreneurs.

Both, Bhavish and Ankit, believes in cultivating an entrepreneurial culture among the drivers of different cities. It tie-up with loan financers and car manufacturers that help drivers to buy new cars at discounted rates.

Bhavish Aggarwal was born in Ludhiana, Punjab, India. He was graduated from IIT Bombay (IIT-B) with an engineering degree in Computer Science and he also worked with Microsoft Research, Bangalore, India for 2 years. He always wants to start something of his own and in trying to chase his entrepreneurship dreams he started an online holiday and tour planning service, but only for a short period.

Ankit Bhati was graduated in Mechanical Engineering and a post-graduate in CAD and Automation from IIT Bombay. Before starting Olacabs, he worked in several start-ups companies like QED42, Make sense and Wilcom, before joining OlaCabs.

Bhavish always used cabs and he had some unpleasant experiences in the past. This set him to think about using technology to solve the issues in the cab services and he saw potential in the cab booking service business.

In December 2010, Bhavish was joined by his co-founder Ankit Bhati and they founded Ola Cabs in December 2010. Today, OlaCabs is also known as Ola. Its headquarter is in Bangalore, Karnataka, India. The company has a mobile app platform to book a personal cab in India. OlaCabs is one of the fastest-growing startups in India. The Ola has 2, 50,000 vehicles on its platform across 100 cities of India, by 2015. It runs its services in metro cities with name Ola Cabs Delhi, Ola Cabs Chennai, Ola Bangalore, Ola Cabs Pune, Ola Cabs Mumbai, Ola Cabs Hyderabad, etc.

Ola had also expanded its business in auto transportation. It started auto services on the trial basis in Bengaluru, in 2014. Ola Auto expanded its services in cities like Delhi, Pune, Chennai. The company bought TaxiForSure in March 2015 for about $200 million. Ola Cabs received funding from various companies like Tiger Global Management, Matrix Partners, Steadview Capital, Sequoia Capital, SoftBank Internet, and Media Inc. Ola had tied up with Avanti Learning Centres.

The drivers which are associated with Ola Cabs can get their children studying in class 9th and 10th to the learning centers and avail free education. Ola Gurukul will also start a batch in Mumbai, to provide free stationery, books, and other necessary things for the top-performing students. 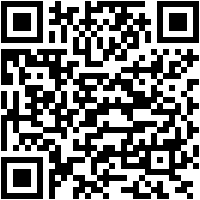 Click on the above button, for downloading the Ola cabs app for your android and ios mobile for booking in real-time. You will get a discounted ride when you download the Ola Cab app for the first time on your mobile. You can also get an Ola cabs coupon from various sites. You will get discounted rides with these coupons. Click on the below websites for getting Ola cabs coupons.

What’s up, I'm Pankaj. A Blogger, trader, and a Starter. I love to write about technology.